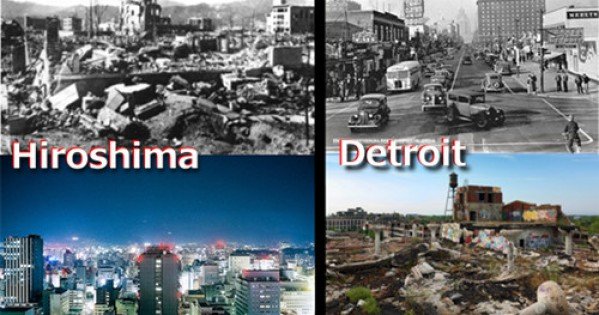 It’s been a while since I posted. My producer that I’m working with in Hollywood for, Citizen Warrior:The 4th Branch, the movie, recently urged me to post something. “Come on, you’re a fricken writer. Write something!” he said. Thus I proceed with some info. Both the movie and book 2 are progressing nicely. I was going to give more details about this but was stopped dead in my tracks about this recent article and felt compelled to chime in,ICYMI: Tucson named worst city in which to live in Arizona!according to MSN.com.

Why am I not surprised to hear this? Let’s see, who’s running the City of Tucson?–Democrats, and who runs the county-Democrats. I wonder if Tucson’s maitre’d mayor, city council and the Pima Country Board of Supervisor are trying to steal the limelight from Detroit’s blight?

The answer to me is the affirmative, what else could be their motivation to drive the Old Pueblo into decay? But hey, it’s ok, Tucson has lots of empty buses cruising around to if you want a tour of Tucson’s death spiral. Good job Dems!

More later on, Citizen Warrior The 4th Branch, the movie and also the soon to be completed sequel to my thriller.

Keep Up The Good Fight!