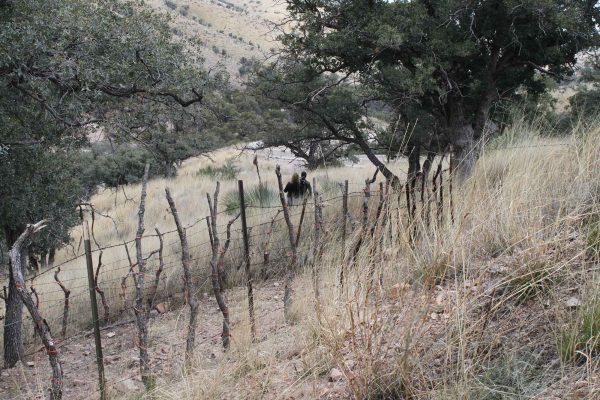 Recently, I rolled down I-10 to the small town to talk with a friend of a friend. He’d read my series and learned of my quest to talk with people who live with the daily consequences of the Mexican cartels coming across our southern border.

The Democrats along with their fake news partners, report that they’re just good people coming to look for work; it’s a lie. The vast majority are drug runners, rapists, human and sex traffickers. Oh yeah, let’s not leave out the young fighting age men from middle-eastern and African countries that can be in the mix.

For those of you who’ve read my first book in the series, Citizen Warrior–The 4th Branch, you learned the largest Iranian embassy is located in Mexico City. Hmm… so weird… now why would the Iranian’s want an embassy in Mexico City? I’m sure it’s just because of their love of tacos and burritos.

Shortly after my meeting in Benson I’m in NYC visiting the 9/11 Memorial when my cell phone buzzes with a number unknown to me. Not wanting to disturb the hallowed space of the Memorial, I don’t answer it. The caller leaves a voice mail which I listen to after leaving. It was from a rancher in southern Arizona who’d talked with the friend of the friend in Benson. He wanted to talk with me

In the quiet of my hotel room the next morning I called him back. An elderly woman’s voice answered… “he’s down at the corral, may I have him call you back?” I explained to his wife my situation, being out of town, and asked her to tell him I’d call him back upon my return to Tucson in two days. With that we hung up. Hmm…she sounded familiar, he sounded familiar, the ranch sounded familiar… southern Arizona elderly ranching couple… déjà vu?

Monday morning I’m back in my office, catching up on emails etc. Heading to the kitchen for my daily cup of joe my phone rings down the hallway in my office. Too late, missed it, but the caller left a message. It was the rancher.

Minutes later with steaming coffee in hand I called him back. I learn the southern border of his ranching operation is fourteen and a half miles of single barb wire fence separating the U.S. and Mexico. His ranch encompasses 50,000 acres and runs close to a 1000 head of cattle. He has much to tell and show me and invites me to come down to his ranch.

“When you get here, we’ll head down to my southern fence line. From the time we leave and get back to the house will be about five hours.”

So… in a couple of days I’m heading down there. I’m honored and excited to meet and spend time with one of our great American ranchers. Because his ranch is in the heart of one of the hottest trafficking areas on our southern border, the name of the rancher, the ranch and its location isn’t named for confidential and security reasons.

By the way, during our conversation he mentioned he was a 4th generation rancher. His grandfather used to drive cattle from Texas westward in the late 1800s. Hmm… there’s that déjà vu thing again.

Those of you who’ve read the first book in the series, Citizen Warrior–The 4th Branch, will understand my reference to “déjà vu.” And for any of you that haven’t read it yet, I invite you to do so.

Upon my return I’ll be doing a follow-up report for you of what I learned… maybe some pics too.

Keep up the good fight!
Best,

WSJ: “Mexico Loses Its Sovereignty to Cartels” Did They Really Lose It or Did AMLO Surrender It?
Next Post: Reader’s Favorite 2019 Awards Ceremony for One Down!