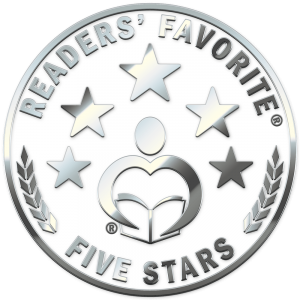 Readers’ Favorite announces the review of the Fiction – Thriller – Terrorist book “One Down” by John Thomas Rompel, currently available at http://www.amazon.com/gp/product/B07N6RMCLL.

Readers’ Favorite is one of the largest book review and award contest sites on the Internet. They have earned the respect of renowned publishers like Random House, Simon & Schuster, and Harper Collins, and have received the “Best Websites for Authors” and “Honoring Excellence” awards from the Association of Independent Authors. They are also fully accredited by the BBB (A+ rating), which is a rarity among Book Review and Book Award Contest companies.

One Down is the second book in the Citizen Warrior Series by John Thomas Rompel. This is an interesting thriller, fast-paced and featuring elaborately developed and unforgettable characters. Carter Thompson has worked with retired Delta Force Colonel Doug Redman before to save the American people from a serious threat. When the old man receives a call from the retired Colonel, asking Carter and the team to meet urgently, Carter knows there is trouble. But it is far greater than his fear of their secret being uncovered. The United States is under another attack and can they stop this one before it is too late? Moreover, do they have enough fight in them for an enemy this vicious?

One Down is beautifully written and deftly plotted. I enjoyed the fact that the key characters are veterans and the author does an incredible job in exploring their friendship and the power of teamwork. John Thomas Rompel opens the story with an intriguing premise; an arms dealer who represents a strong threat to the country. The suspense starts from the moment the call is made to Carter and I became very keen on seeing what happened next as I followed the narrative. The characters are sophisticated and believable. I loved the way the key characters worked together. The prose is exciting, crisp and flowing, filled with descriptions that capture the details of the setting and scenes. This novel is an exciting read, spiced with humor and packed with action.

You can learn more about John Thomas Rompel and “One Down” at https://readersfavorite.com/book-review/one-down where you can read reviews and the author’s biography, as well as connect with the author directly or through their website and social media pages.

Book 3 in the Citizen Warrior Series is coming along and I’m doing my best to have it available for you by the end of the year.

In the meantime, if you’ve read Book 1 or Book 2, I’d appreciate it if you’d give me an Amazon Review.