Don’t Pay For The Whole Seat. You’re Only Going To Need The Edge Of It! 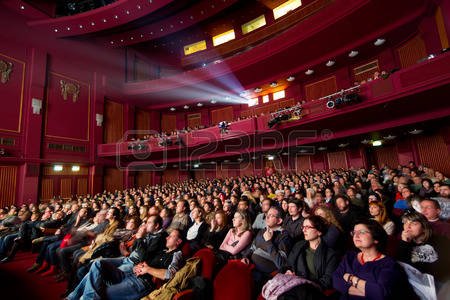 A week ago, I received the finished screenplay of my novel, Citizen Warrior The 4th Branch.As the author and source of my novel I was concerned the adaptation wouldn’t be true to the story.

Without a doubt, what the producers at Voyage Media delivered went beyond my expectations. It was a nine-month journey to get to this point and get to it we did! I say, we, because it was a collaborative effort between the producer, writer and myself. For those of you that have honored me by reading my novel you are aware of the tension and pace of the book. Now imagine increasing that pace exponentially! That’s exactly what they did and stayed true to the story in doing so!<

When I opened up my email and saw the screenplay was ready I downloaded the file, printed it up and immediately read the whole thing from start to finish without doing anything else, just as if I was sitting in a theater watching the movie. Prior to this I had sought out and received some coaching from a well-known producer on “how too” read a screen play. His advice; approach it the prospective of a movie-goer rather than the author.

While reading it, different emotions came up from tears welling up to wanting to stand up and salute the flag and this brave group of Citizen Warriors. To validate my experience, I shared it with an old and trusted friend for his assessment. His was identical to mine.

Below is a piece of the, Adaptation Mission Statement, prepared by Voyage Media:
“Citizen Warrior The Fourth Branch is a text that presents ideas, philosophies, characters, choices, and situations that are very appealing to a very specific (and under-served) market. Ironically, many of these types of people make up a large percentage of the movie-going, ticket-buying population. The idea of the novel can be summed up in one word: patriotism. And we’ve consistently seen that when movies are released that embrace this, they perform extraordinarily. Citizen Warrior, in tone and general philosophy, can be likened to recent films such as American Sniper, Olympus Has Fallen, and Lone Survivor.”

Now the “hurry up and wait” part of this journey is at hand. Voyage will take, Citizen Warrior The 4th Branch the screenplay, out to the entertainment industry the middle of next month. Will a group of investors, studio or a production company pick it up? Right now it lives as a possibility and maybe a good one at that….stay tuned. The anticipation and fun is about to begin.

How big is the potential number of people that would enjoy and find value in watching, Citizen Warrior The 4th Branch? About sixty-two million, almost anyone who voted for Donald Trump!

Should it make it up onto the silver screen I have a tip for you; Don’t pay for the whole seat; you’re only going to need the edge of it!

Independent Talk 1100 KFNX | “The Article Five Hour” with JD Smaylis
Next Post: The Era Of The Pajama Boy Is Over – The Alpha Males Are Back! Paradigm Shift; The Rules Just Changed.